Intelligence, information warfare, cyber warfare, electronic warfare – what they are and how Russia is using them in Ukraine 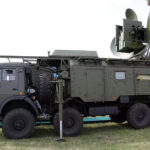 Russia has one of the most capable and technological militaries on the planet. They have advanced intelligence, information warfare, cyber warfare and electronic warfare capabilities.

Russia has used these technologies in recent years in combat in Syria and the Donbas region in eastern Ukraine, and is using them in its current invasion of Ukraine.

The terms “intelligence,” “information,” “cyber” and “electronic” denote distinct but overlapping fields. As a cybersecurity professor of practice, I can explain what they are and how Russia is using them in Ukraine.

Intelligence services collect vast amounts of data from open-source intelligence (OSINT) – information collected from news, social media and other publicly available sources – as well as secret sources, and use artificial intelligence to analyze the information.

Russia has reportedly progressed faster at integrating AI in intelligence systems than the U.S. expected them to. It’s impossible to know what information Russia has collected, but its access to OSINT, spy satellites, operatives in Ukraine, powerful computers and experienced analysts makes it likely that Russia has extensive intelligence about Ukraine’s military and political situation.

Information warfare is the battle waged in the news media and on social media to bolster popular support; persuade and induce the sympathy of potential allies; and simultaneously spread confusion, uncertainty and distrust in the enemy’s population.

Russia has used and is likely to continue to use cyber operations to subvert the Ukrainian government. For example, in the weeks leading up to both the 2014 and 2022 invasions, Ukrainian soldiers were targeted with disinformation designed to sow confusion and disorder in the event of an attack.

Russian messaging about “liberating” portions of Ukraine is the disinformation most likely aimed at an international audience, and I expect attempts to legitimize Russia’s actions will continue.

There is an ongoing contest to control the narrative about what is happening in Ukraine. Russia is running an active disinformation campaign and I expect it is using AI to find and generate content at a rapid rate.

Some information circulating on social media, like this video purporting to show Russian bombers over Ukraine, has been proven to be fake. This underscores how difficult it is to be certain of the truth with a high volume of fast-changing information in an emotionally charged, high-stakes situation like warfare.

U.S. and U.K. intelligence agencies reported on Feb. 23, 2022 that hackers based in Russia had unleashed a powerful new type of malware against targets in Ukraine. The attacks appear to have been targeted at Ukrainian government and telecommunications facilities, including the Ministry of Internal Affairs, and involve the theft and destruction of data.

Russia’s invasion of Ukraine was preceded by several weeks of cyberattacks, including an attack that posted a fake ransomware note and then destroyed data. These attacks were part of a multi-year campaign of cyber warfare against Ukraine, which included attacks on portions of the country’s power grid. https://www.youtube.com/embed/Bc5mxd4O1SI?wmode=transparent&start=0 Chris Krebs, former director of the U.S. Cybersecurity and Infrastructure Security Agency, discusses Russian cyberattacks against Ukraine.

A rapid response team of cybersecurity experts in the European Union has mobilized to assist Ukraine in defending against cyberattacks by detecting when attacks are occurring. The Ukrainian government has also called on the Ukrainian hacker community to help defend the country, by protecting computer systems that control critical infrastructure like the power grid.

Russia has a long history of controlling the electromagnetic spectrum. Because of Russia’s advanced electronic warfare capabilities, its force may be able to take down the internet and cell towers using a range of techniques.

Russia has used systems that interfere with the signal reception from satellites in eastern Ukraine. These systems can be used to block communications and disrupt control of drones.

Though the Russian military has shown some interesting technological innovations in recent years, it’s not clear whether it has mastered this new way of conducting warfare.

This article is republished from The Conversation under a Creative Commons license. Read the original article.

Google cracks down on sites with ties to hack-for-hire groups in UAE, Russia, India